Silverview is the mesmerizing story of an encounter between innocence and experience and between public duty and private morals.
Review
 5/5

In his last completed novel, John le Carré turns his focus to the world that occupied his writing for the past sixty years—the secret world itself.

Named a most anticipated book of the fall by the Associated Press, TIME, People, Entertainment Weekly, Washington Post, AARP, The Millions, Lit Hub, Thrillist, and more.

Julian Lawndsley has renounced his high-flying job in the city for a simpler life running a bookshop in a small English seaside town. But only a couple of months into his new career, Julian’s evening is disrupted by a visitor.

Edward, a Polish émigré living in Silverview, the big house on the edge of town, seems to know a lot about Julian’s family and is rather too interested in the inner workings of his modest new enterprise.

When a letter turns up at the door of a spy chief in London warning him of a dangerous leak, the investigations lead him to this quiet town by the sea . . .

Silverview is the mesmerizing story of an encounter between innocence and experience and between public duty and private morals.

“[le Carré] was often considered one of the finest novelists, period, since World War II. It’s not that he ‘transcended the genre,’ as the tired saying goes; it’s that he elevated the level of play… [Silverview’s] sense of moral ambivalence remains exquisitely calibrated.” —The New York Times Book Review

In his inimitable voice John le Carré, the greatest chronicler of our age, seeks to answer the question of what we truly owe to the people we love. 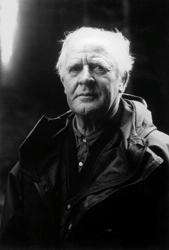 David John Moore Cornwell, better known by his pen name John le Carré, was a British-Irish author, best known for his espionage novels. John’s third novel, The Spy Who Came in From the Cold, secured him a worldwide reputation. 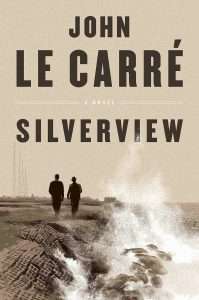 The premier spy novelist of his time. Perhaps of all time. — TIME